LOL Keep It Up Guys

lol it seems the Hackinformer crew are on their super troll mode, they could try better to be less stupid. 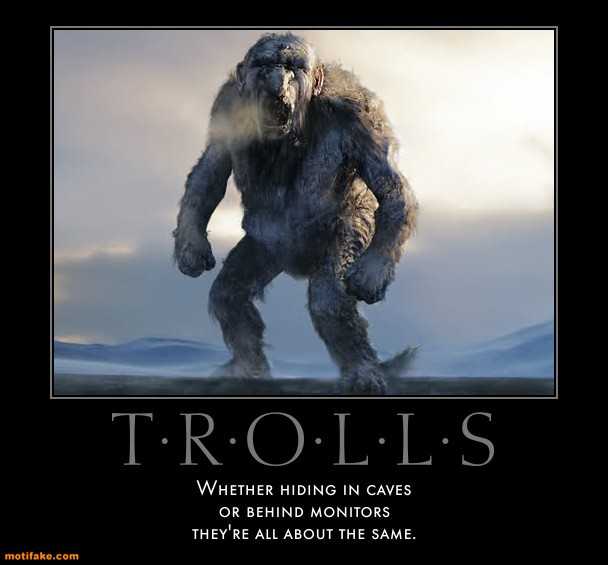 So had this coward tweeting me on Twitter, calling me a terrorist continuously, which i find amusing, if wearing a scarf, supporting Palestine
and loving Muslims makes me a terrorist, then i happily wear the label, here is the twitter account and a web archive of the tweets;
https: //twitter.com/GreyAnts
http://web.archive.org/web/20171004160855/https:/twitter.com/GreyAnts

Now i had been ignoring this clown, so some other coward started tweeting at me, same type of idiot, anonymous account that was created in 2016, but here is the
kicker, the motherfucking coward was followed by TurkReno, now they must have realised the fucked up, because TurkReno soon unfollowed this person, then the tweets
were deleted, these tweets
https://twitter.com/ModelE/status/915605786906304513
https://twitter.com/ModelE/status/915605997615566848
Oh and incase you cowardly motherfuckers thing i didn’t screenshot that shit, WRONG think again idiots, here is a screenshot directly from Twitter: 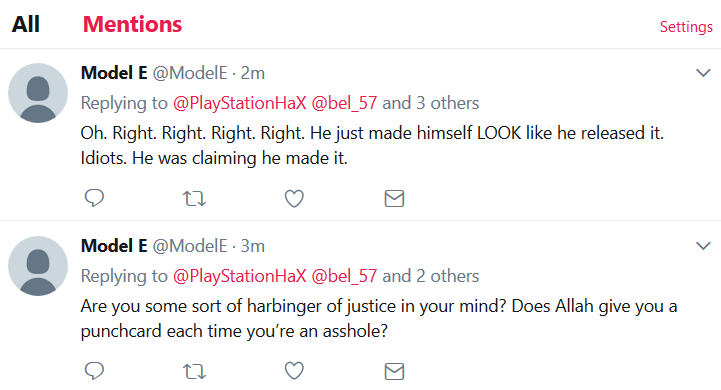 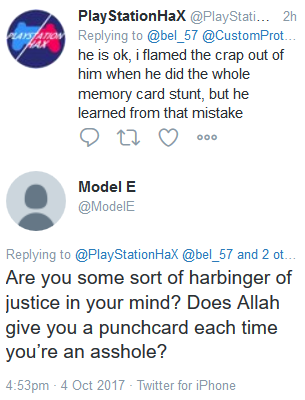 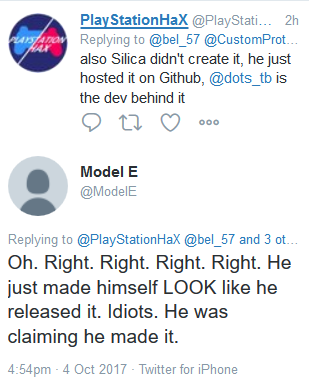 Oh remember what i said about both accounts were similar?
Well here is a screenshot of both, both created in February 2016, both have stupid name, both default avatars, of and both use an iPhone to tweet: 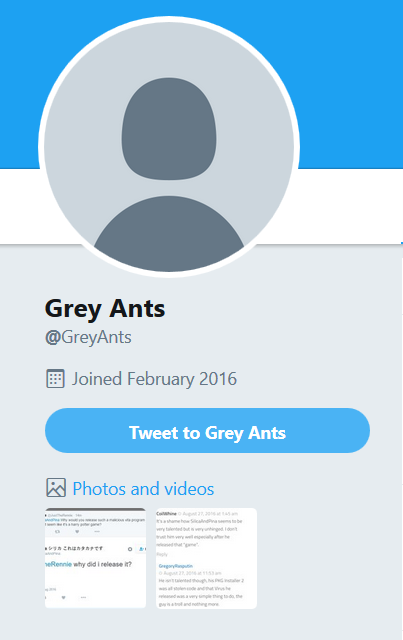 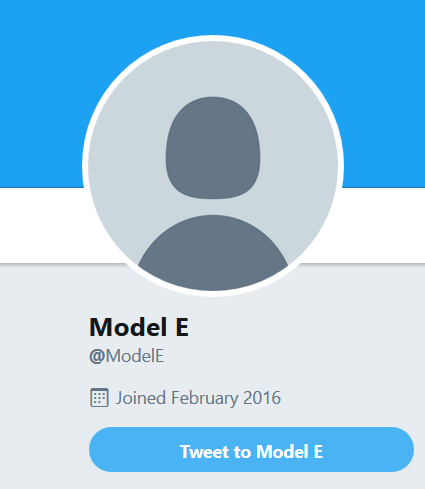 The funny thing is that when they realised they fucked up, they soon went quiet, now i wasn’t quick enough to grab the fact that TurkReno was following ModelE and he unfollowed quicker
than he deleted the tweets.

TurkReno is the person who owns the server Hackinformer runs on, i won’t say he runs the server because half the world cannot view hackinformer.com because they get blocked
and all TurkReno can do is suggest that visitors use a proxy to view the website, now you are probably realising that i am seeing that both of these cowardly Twitter accounts are
controlled by TurkReno, but don’t know why, well here is why:
1.) Both accounts make comments about me being a Muslim or in their words a ‘terrorist’.

2.) TurkReno has on a view occasions said that i have been ‘radicalized’ or that i am an ‘extremist’, this because of my support of Muslims and Palestine, simply connect 1 and 2 together, perhaps that isn’t
enough?

3.) Both accounts use Twitter on iPhone and TurkReno is a huge iPhone fan, yes it could be a huge coincidence, but with TurkReno following one of the accounts,
i don’t think it is that much of a coincidence.

4.) GreyAnts used an alternative account called GrayAnts to troll SilicaAndPina, what did he do, he posted Silica’s IP on Twitter just like TurkReno did with mine: 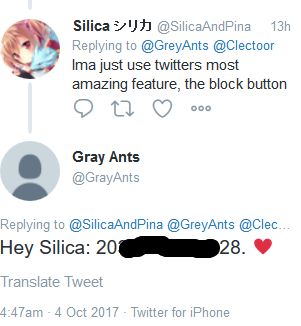 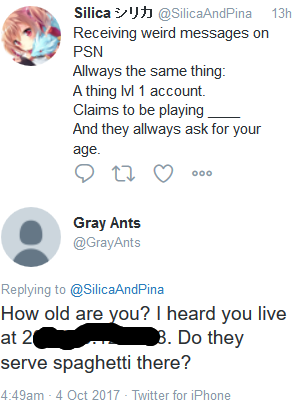 Here he is boasting of having mine: 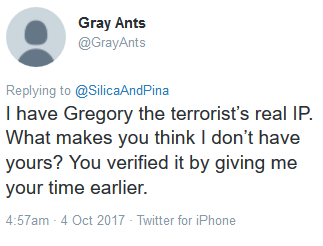 Oh and do you know the big thing about this?
TurkReno was also following this motherfucker, oh and the similarities, February 2016, stupid name, iPhone user: 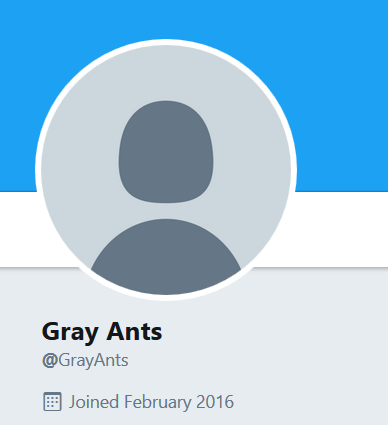 Not only is TurkReno a sleazy, trolling fuck, he is also Xenophobic: 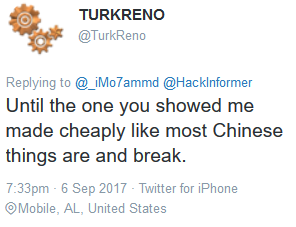 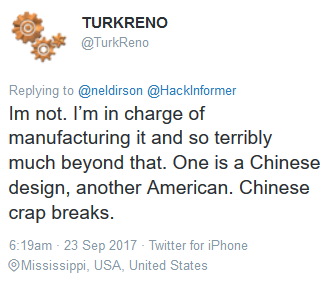