Back in late 2007 I got the internet for the very first time, I was eight months away from my 27th birthay at this stage, In early 2008 I joined a PS3 hacking website called PS3HaX, I slowly built may way up from a moderator to a news editor, from there I basically ran the site on my own, I had free reign but was not an admin. 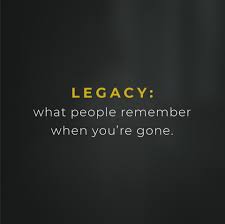 It problaly seems trivial to most people but being granted such power on a well known hacking site gave by confidence a huge boost, one could say I now had an ego, I can’t say I ever had one of those in real life or on the internet, I do know that I felt important and I felt I had somewhere that I belonged, it was somewhere I made many friends and of course made many enemies too.

My biggest problem being unable to keep my feelings suppressed or my mouth shut, this anger some people and made others fed up and bored, which is what I discovered with my own Playstation hacking forum which I created after I left PS3HaX, whilst I had many supporters and friends at the begining, they soon grew tired of my constant rants and arguments with people and I can understand this, people go to websites to read news or read a tutorial to help them with their console, the last thing they want to see is the owner of that website ranting about other people.
So people started to leave my forum for sites that were happy enough to sit on the fence, this deflated the “ego” that I had, it somewhat crumbled my confidence and made me feel down, but It was all my own fault.

So all I have left now or the PlayStation Dev Wiki sites that I host and the Console History websites that I inveneted/created, this is my legacy and all I have left to give to the console hacking scene, but as I grow older and experience health problems that I did not have 10+ years ago, I begin to wonder what will happen to my legacy once I am no longer here.
My is that my legacy will be around for my great, great children to read, for future generations be educated on the history of these awesome consoles that came long before they were born.
Yes internet archives such as WayBack Machine are awesome, but are they as good as having the websites running natively?
How do I futureproof those sites to make sure they run for 100+ years from when I am gone?

These are some of the things that keep me awake at night.

GregoryRasputin Is Back Yet Again