Home / GregoryRasputin Rants / Rant / Then And Than – An American Screw Up

Then And Than – An American Screw Up

Some things trigger me more than others, one thing that set’s me off big time is people mixing the words “Then” and “Than” up, i don’t understand why they do it, but i can assume that it is down to accent or dialect, this of course directed to people from North America who use English as their first language, people who use English as their second language i can understand why they misuse or mix up the words, anyhow i created a Podcast explaining my issue, below that will be a transcript of what i said, so you can read along whilst i talk. 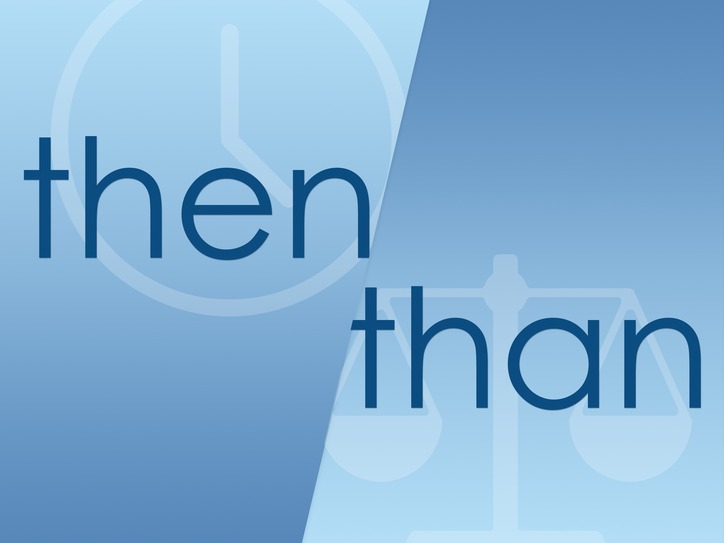 Being the proud Irish person i am, pro Britishness is not something i associate with but British English is the language i speak, due to the fact the British forced my ancestors to speak English and we were disallowed to speak our native Gaelic language, whilst those in the south of Ireland freed themselves from the British and gained their right to speak Irish, those of us that were left behind in the north of Ireland that remained part of the UK, we were still not allowed to speak Irish, even to this day there is no Irish language act in the British occupied part of Ireland, British English is what i was taught from birth and even at the age of almost 38, i know hardly of my native Irish language.

So as i know British English and English in general i am going to rant about the misuse of two small words from that language.

Then and Than, two similar looking words, but two words that have totally different meanings, yet people seem to mix them up quite often and the biggest perpetrator is USA, which is baffling as English is the main language in that country, the words are always mixed up in text and i don’t quite understand why this is.

An E and an A are what is different between the two.

You should never get these two words mixed up, especially in writing as this can looked really messed up to people who know how to use the words properly, i will give an example.

The case i will speak of will involve parenthood, when you are a parent and changing nappies there is some point you are going to get shit on your hands and on your clothes, it is just a part of life, but it freaks some people and they would prefer getting punched in the face instead of getting shit on them, so here are two statements.

So you see the correct use of these words is important, i will leave a transcript of this Podcast in the blog post so that you can see the words and how they are used, so that perhaps you can use them correctly in the future.