Home / Rant / To Know You Have Failed Yet Carry On

To Know You Have Failed Yet Carry On

I have for the longest time loved something that i hold dear to my heart, apart from the human people in my life that i love, i love one inanimate thing and that is the PS3 Scene, it may sound pathetic or stupid to some people, but i care dearly for the PS3 scene, it is the place i found confidence in myself, to speak my mind, where i learned various aspects of the working of console hacking scenes, i also met some really great people, from developers to end users, i was even running the most popular PS3 hacking website “PS3HaX”. 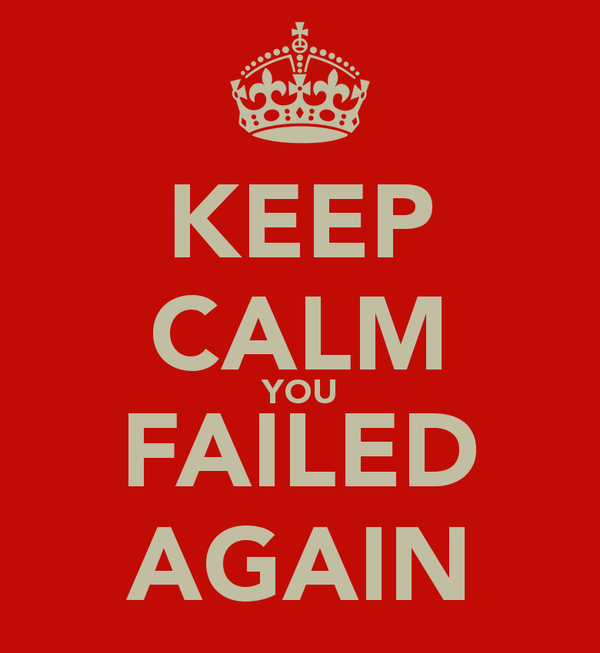 Back in July 2014 i decided to leave PS3HaX, mainly due to the fact the admin who owned the website sucked at what he did, my leaving statement can be viewed here and my other PS3HaX related posts can be viewed here.

I decided to create my own gaming blog, i didn’t have it up for too long when people started asking me to create a forum too, which i did, things went quite well for a little while, developers were posting and the site was getting members, which is exactly what i wanted, a place for both developers and members to come and be part of an awesome scene.

But after a year or so developers stopped posting and fewer people joined, they chose places like PSXHaX and PSX-Place, don’t get me wrong, the latter i have great respect for and often tweet and retweet their articles, there is no doubt that Place is an awesome scene site and no one can take that away from them, but when developers that used to post regularly on your site decide to post on other sites, developers such as Joonie and Sandungas who used to post loads on your site no longer use it but decide to post exclusively on a rival site, it does hurt, it is like having your guts slice open and displayed for the world to see, like a dagger to the heart.

To add to that regular members such as wolfie708, oOzic and so many others who were a major part of the site when it first opened and who no longer visit anymore, it leaves an empty void in you heart.

But i know i have only myself to blame, i know the drama which follows me everywhere and my anger puts people off, i realise that people just want hacks, they don’t want to hear me speak the truth or call corrupt people out, they don’t care who is bad or detrimental, they just want their free shit and don’t care about the other parts of a scene, but that is my flaw and my burden to bear, i cannot help speaking out against what i see as wrong and i do it often, wether it be in the console scenes or when it comes to such things as Palestine.

Which brings me to the closing of this rant/article and the reason for me creating the article, this article on PSX-Place, the line “As soon as a saw you & a few others here I was pretty sure I had found myself a new home.” is what triggered me and made me realise that i have failed in what i was trying and wanting to achieve, i have failed at making a home for developers and sceners alike, i have failed at running a popular scene website, i have failed at creating a place where people can come for the latest and best scene news.

But i won’t let these failures stop me from running something that i truly love doing, i will continue doing it, even if it is a niche website for the smallest proportion of sceners.

STLcardsWS, this is in now way a slight nor attack towards you or your website, you have a great website, probably the best in the entire scene, this is just a rant about my disappointments at my own failures.